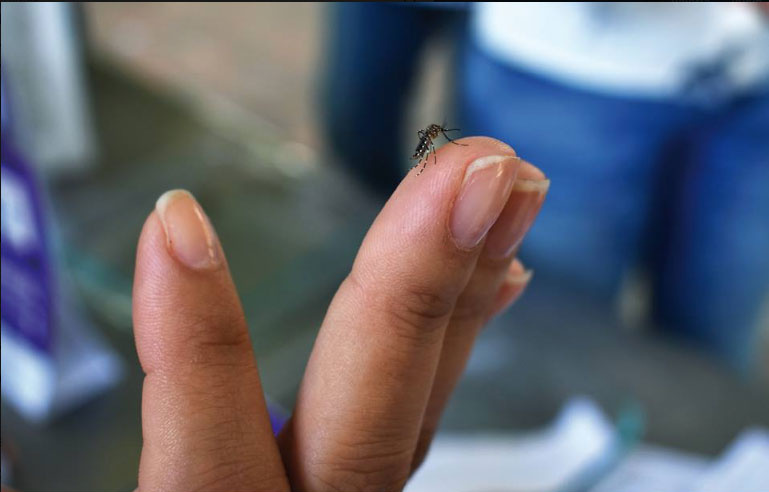 We have continued to expand at the World Mosquito Program, with two new countries - Mexico and New Caledonia - signing on to implement our safe and natural Wolbachia method.

In Mexico, we’re working with Baja California Sur Health authorities to establish La Paz as the first city in Mexico to release Wolbachia carrying mosquitoes, following approval from community members and local governing bodies. In fact, Mexico is the first country in Central America to collaborate with the WMP.

The Secretary of Health and the Governor of Baja California Sur helped the WMP team in Mexico open our insectary in La Paz last week, where mosquitoes with Wolbachia will be reared in preparation for our releases in late 2018. The WMP’s partnership with BCS Health authorities and the Federal Government is funded by the Candeo Fund of Christy Walton through the International Community Foundation (ICF).

While almost 12,000 kilometres away across the ocean, New Caledonia is the fourth country in the Pacific Islands to join our global initiative, through a new partnership with the Government of New Caledonia, the City of Noumea and the Institute Pasteur in New Caledonia (IPNC). Our research, pioneered by scientists from New Caledonia’s neighbour Australia, will commence in the city of Noumea in 2019.

Mosquito-borne diseases are placing significant financial and personal pressure on families globally, as people who fall ill cannot work or attend school. As a result, relatives often take time off to care for their ill family members. With governments spending an estimated US $8.9 billion annually to treat these diseases, public health officials and policymakers are increasingly seeking innovative solutions – such as the WMP’s Wolbachia method.

Over the last year, in partnership with local governments, health partners and communities, we’ve doubled the number of countries we’re operating in. We believe that through collaboration and innovation, our global approach can help to protect local communities from mosquito-borne diseases.

Learn more about our work.