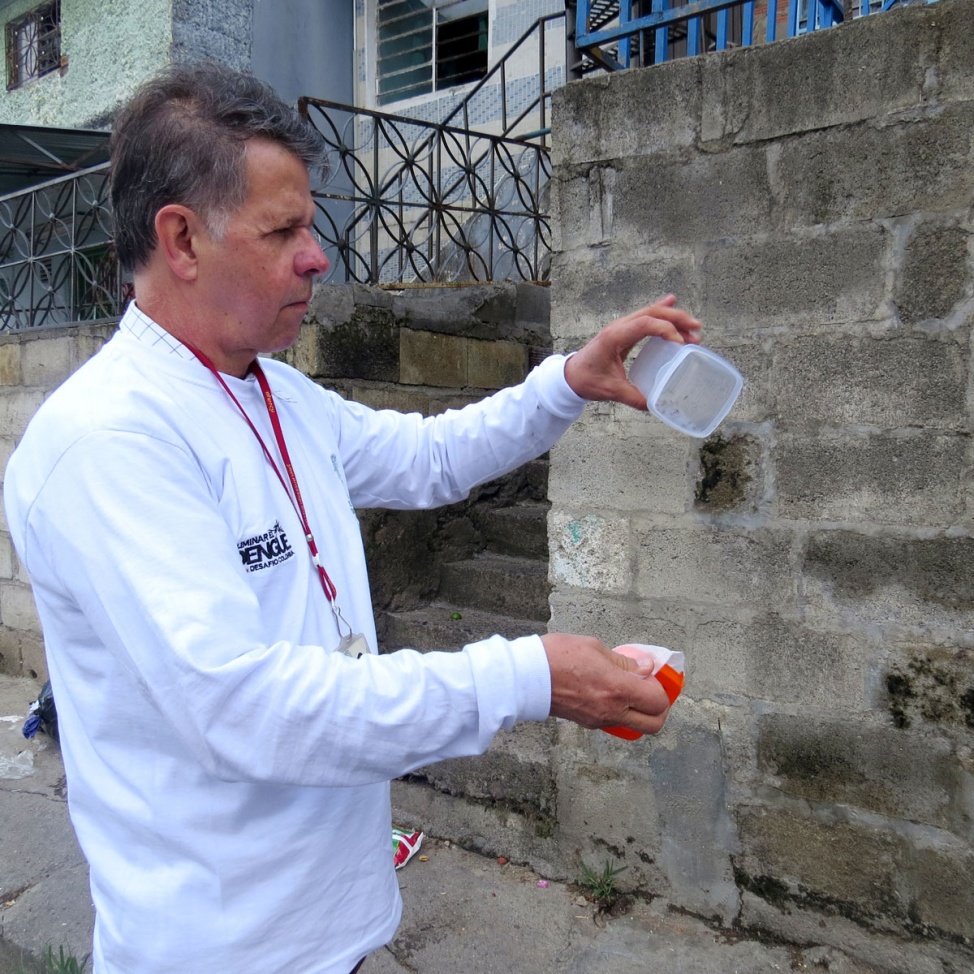 Most mosquitoes in the Paris neighbourhood of Bello now carry Wolbachia

After nearly 3 years working with the community in the Paris neighbourhood of Bello, most Aedes aegypti mosquitoes in the area now carry Wolbachia bacteria. Wolbachia occur naturally in up to 60% of all insect species, and are safe for people, animals, and the environment.

With the support of the community as well as local and national health authorities, the Eliminate Dengue project in Colombia released mosquitoes with Wolbachia bacteria over a number of weeks. The bacteria reduce the development of dengue and other viruses inside the mosquito so that they are less likely to be transmitted to people. When mosquitoes with Wolbachia mate with wild mosquitoes in the area, they pass the bacteria from generation to generation, so that the number of mosquitoes carrying Wolbachiagradually increases.

Monitoring conducted by the project’s researchers shows that most mosquitoes in the area now carry Wolbachia.

Dr. Ivan Dario Velez, Scientific Coordinator for the Eliminate Dengue project in Colombia and Director of PECET (Program for the Study and Control of Tropical Diseases) at the University of Antioquia said the team was pleased with the results to date. "As a normal part of scientific research, the results can vary over time, however, we are very optimistic with the results. The level of Wolbachia in mosquitoes in Paris is high and we expect this to be sustained over the long term. We will then move to a second phase of the study in which we can evaluate, in an area with the largest number of inhabitants, if there is reduced transmission of dengue among people.”