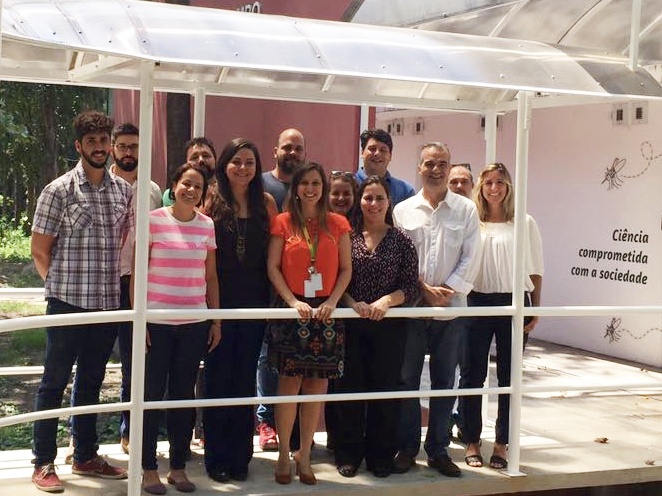 Eliminate Dengue Brazil is planning to expand its activities after reporting positive results in two pilot studies and obtaining approval from the National Ethics Commission (CONEP) on October 11, 2016.

Encouraging results support the safety of the method and suggest that releasing mosquitoes with Wolbachia may reduce the transmission of dengue and other mosquito-borne viruses. This has led to increased interest in the project and the use of Wolbachia as part of national and international efforts to combat Zika in Brazil.

Over the next three years, the proposed expansion will reach a population of around 2.5 million people across the municipalities of Rio de Janeiro and Niterói, allowing researchers to scientifically measure the impact of Wolbachia in reducing the transmission of disease.

Eliminate Dengue Brazil is supported by The Oswaldo Cruz Foundation (Fiocruz), which has facilities capable of producing 10 million Aedes aegypti eggs containing Wolbachia per week.  In order to facilitate large-scale deployments, the project has made significant improvements to its facilities and integrated these within its premises at Fiocruz.

"With international funding and ongoing support from the Ministry of Health and City Halls Project, there is significant scope for expansion, and we would like to take this opportunity to thank the residents of our pilot areas for their support," said Luciano Moreira, Project Coordinator for Eliminate Dengue Brazil.

The team is committed to maintaining transparency and will establish local advisory committees to act as a direct line of communication between the project, local residents, NGOs, and other groups.